The Wonders of  PPAC’s “Mighty Wurlitzer" 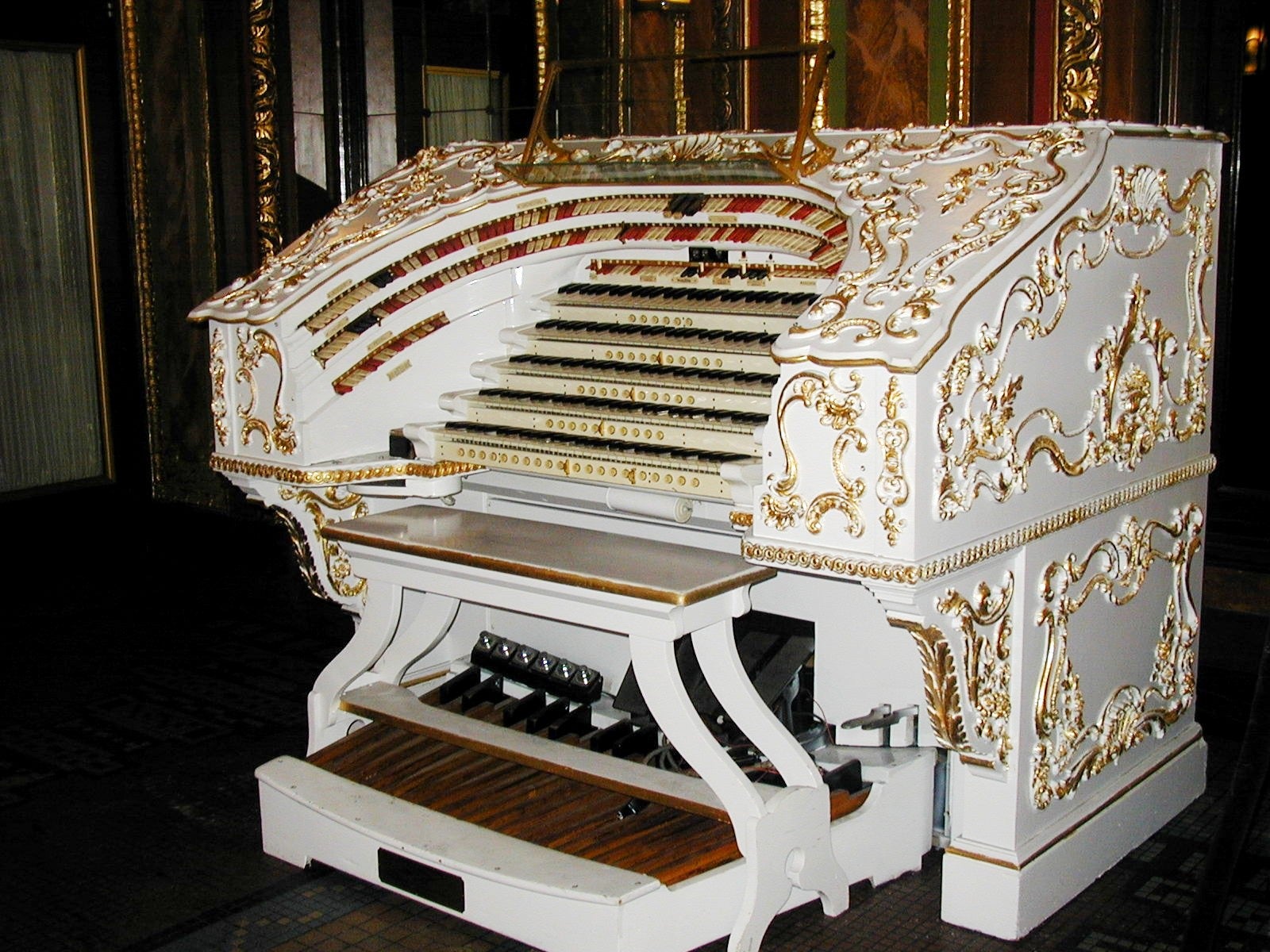 PPAC’s “Mighty Wurlitzer” was built in 1927 and has five keyboards, twenty-one ranks, and percussion that can produce many orchestral sounds, as well as sound effects that can be utilized when accompanying silent films. The PPAC “Mighty Wurlitzer” is one of only three five-manual keyboard consoles built by Wurlitzer. Lincoln W.N. Pratt assisted a small team of PPAC Trustees in finding the 5/21 Wurlitzer organ which was privately owned; the organ was purchased by PPAC in 1982 and has held a special place of honor at the theatre ever since.

Lincoln W.N. Pratt was the PPAC House Organist from 1982 until his passing in 1998; Mr. Pratt played the organ prior to many Broadway shows and he helped create the first, free Wednesdays at the Wurlitzer series which has now become the Wonders of the Wurlitzer series; these concerts are still free and open to the public. The console of the Mighty Wurlitzer was posthumously dedicated to Mr. Pratt.

World-renowned organist and silent film accompanist Peter Edwin Krasinski is now PPAC’s House Organist. Mr. Krasinski performed a free concert during PPAC’s special 90th Anniversary Celebration in October 2018 and has performed for the Wurlitzer concert series and for other PPAC events.  In October 2020, PPAC recorded Mr. Krasinski performing his own unique, improvised accompaniment on the Mighty Wurlitzer to the 1925 silent film The Phantom of The Opera. This recording is FREE and may be viewed below at any time.

Join in the Holiday Fun and Sing-Along to
"Holiday Magic at the Mighty Wurlitzer with Peter Edwin Krasinski"!

You know Dasher and Dancer and Prancer and Vixen,
You know Comet and Cupid and Donner and Blitzen,
But do you recall
The most famous reindeer of all?

Rudolph the Red-Nosed Reindeer
Had a very shiny nose.
And if you ever saw it
You would even say it glows.

All of the other reindeer
Used to laugh and call him names.
They never let poor Rudolph
Join in any reindeer games.

Then one foggy Christmas Eve,
Santa came to say,
“Rudolph with your nose so bright,
Won't you guide my sleigh tonight?”

Then how all the reindeer loved him,
As they shouted out with glee,
Rudolph the red-nosed Reindeer
You'll go down in history!

Chestnuts roasting on an open fire,
Jack Frost nipping at your nose,
Yuletide carols being sung by a choir
And folks dressed up like eskimos.

Everybody knows a turkey and some mistletoe
Help to make the season bright.
Tiny tots with their eyes all aglow
Will find it hard to sleep tonight.

They know that Santa's on his way.
He's loaded lots of toys and goodies on his sleigh
And ev'rymother's child is gonna spy
To see if reindeer really know how to fly.

And so I'm offering this simple phrase
To kids from one to ninety-two
Though it’s been said many times, many ways:
"Merry Christmas to you.”

Dashing through the snow
In a one-horse open sleigh
O'er the fields we go
Laughing all the way!

Bells on bobtail ring
Making spirits bright
What fun it is to ride and sing
A sleighing song tonight!

Oh, jingle bells, jingle bells
Jingle all the way
Oh, what fun it is to ride
In a one-horse open sleigh, hey!  (x2)

Frosty the snowman was a jolly happy soul
With a corncob pipe and a button nose
And two eyes made out of coal.

Frosty the snowman is a fairy tale, they say.
He was made of snow but the children know
that he came to life one day.

When we finally kiss goodnight,
How I’ll hate going out in the storm!
But if you’ll really hold me tight,
All the way home I’ll be warm.

"Santa Claus is Coming to Town"

He's making a list,
He's checking it twice,
He's going to find out who's naughty or nice
Santa Claus is coming to town

He sees you when you're sleeping
And he knows when you're awake
He knows if you've been bad or good
So be good for goodness sake!

"We Wish You a Merry Christmas"

Good tidings we bring to you and your kin