Fall in Love All Over Again: PRETTY WOMAN: THE MUSICAL Launches Its North American Tour at PPAC this October

“We are thrilled that PRETTY WOMAN: THE MUSICAL will be launching its national tour at PPAC this fall. This will be the 20th national tour to open at PPAC since 2008: an important milestone in our theatre history!” said Singleton.  “PRETTY WOMAN: THE MUSICAL will be the first Broadway tour to perform on the PPAC stage in nineteen months. Broadway’s back at PPAC!”

“Theatergoers across the country will finally get the chance to experience the timeless love story they know and love, reimagined live on stage. PRETTY WOMAN: THE MUSICAL is an opportunity to escape everything that has been on our minds for the last very difficult year. It’s an opportunity to enjoy the nostalgia and celebrate once again with friends and family. Bryan Adams and Jim Vallance have written a pop-rock score with soaring ballads and beautiful, big production numbers that, under the direction of two-time Tony Award-winner Jerry Mitchell, burst off the stage with humor and heart. Garry Marshall’s film PRETTY WOMAN redefined a genre, and now audiences across America will experience all the romance, comedy and passion in this unforgettable and imaginative new musical,” said producer Paula Wagner.

In Providence, tickets go on sale for PRETTY WOMAN: THE MUSICAL on Monday, July 19, 2021 at 10A at the PPAC Box Office (located at 220 Weybosset Street in downtown Providence), online at ppacri.org and by phone at 401.421.ARTS (2787). Box Office hours are Monday through Friday, 10A to 5P. Ticket prices are $94 - $20; all ticket prices include a $4 per ticket restoration charge and are subject to change without notice.

PPAC has no capacity restrictions; all PPAC event employees are fully vaccinated. PPAC is a GBAC STAR® accredited performing arts venue, indicating that the theatre has adopted the most stringent protocols for cleaning, disinfection, and infectious disease prevention. PPAC is following current COVID-19 health and safety guidelines as recommended by the CDC and state government (PPAC’s COVID-19 Safety Measures can be accessed here).

PRETTY WOMAN: THE MUSICAL is “Big Romance & Big Fun!” (Broadway.com) and “Dazzles!” (Deadline). The Hollywood Reporter calls it “Irresistible! A romantic fantasy. A contemporary fairy tale.” And BuzzFeed News says, “If you love the movie, you’ll love the musical!” The 3-time Audience Choice Award-Winner is brought to life by a powerhouse creative team representing the best of music, Hollywood, and Broadway. PRETTY WOMAN: THE MUSICAL will lift your spirits and light up your heart.

PRETTY WOMAN: THE MUSICAL played 27 preview and 421 regular performances at the Nederlander Theatre before ending its Broadway run on August 18, 2019. The musical began performances in Hamburg, Germany on September 24, 2019 and opened in London’s West End in February 2020 before COVID-19 shuttered theaters around the world. The London production reopened July 8, 2021 to great acclaim at the Savoy Theatre in the West End.

Atlantic Records’ PRETTY WOMAN: THE MUSICAL (ORIGINAL BROADWAY CAST RECORDING) is produced by Bryan Adams and Jim Vallance and is available on all DSP’s and on Vinyl and CD in stores nationwide.

National tour casting will be announced at a later date.

Please note that PRETTY WOMAN: THE MUSICAL is recommended for ages 12 and up.

The Providence Performing Arts Center (PPAC) presents a full roster of touring Broadway productions and contemporary engagements; Broadway will be back for the 2021/2022 Season in October 2021 with this national tour launch of PRETTY WOMAN: THE MUSICAL. For PPAC’s complete season roster, visit  https://www.ppacri.org/events-tickets/2021-2022-season/

Located in the heart of Providence’s arts and entertainment district, PPAC is the second largest theatre of its kind in the country. The Loew’s Theatre Building, which is the historic home of PPAC, opened in October 1928 and has been applauded for its beauty and grandeur. PPAC is listed on the National Register of Historic Places and has been ranked by Pollstar as one of the Top Venues in the world. PPAC is managed by Professional Facilities Management and is the home of their corporate office.

Production photos available via the PRETTY WOMAN: THE MUSICAL Dropbox. 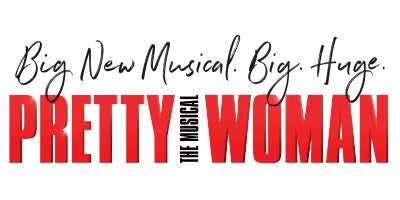