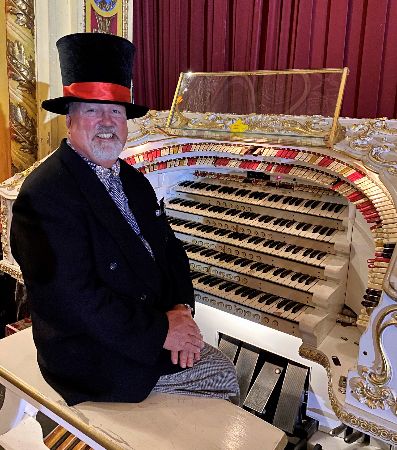 Mr. Krasinski's accompaniment will be live captured (recorded) and will be available to watch for FREE on our website. Further details will be announced.

"I am thrilled to be performing a magnificent improvisational score to accompany The Phantom of the Opera on PPAC's incredible Wurlitzer," said Mr. Krasinski. "The Wurlitzer's array of sounds and notes will accentuate the film's mystery, suspense, and romance. The recording will allow so many more people to experience this classic film and to hear our Wurlitzer from the comfort of home!"

The Phantom of the Opera is based on the novel Le Fantôme de l'Opéra by Gaston Leroux. The classic silent film stars Lon Chaney as “The Phantom” and Mary Philbin as “Christine Daae.” The Phantom haunts the Paris Opera House, causing mayhem in efforts to make the young soprano, Christine Daae, an opera star and his love. The film was added to the United States National Film Registry in 1998, ensuring that the film will be preserved for all time.