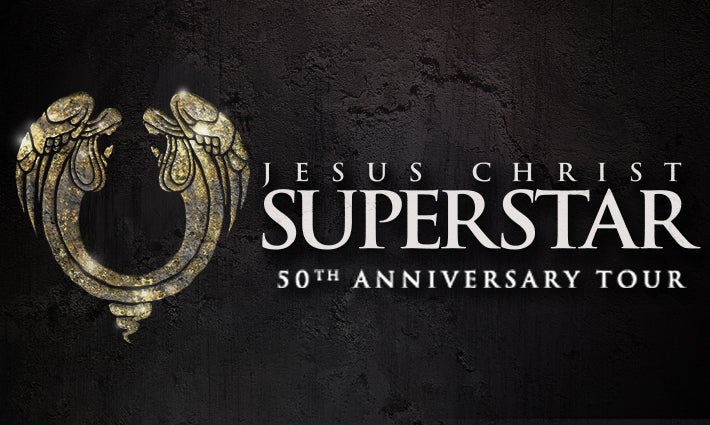 Providence, RI  — With rehearsals now underway, the producers of the critically-acclaimed, Olivier Award-winning production of JESUS CHRIST SUPERSTAR have announced the complete casting for the triumphant return of the 50th Anniversary North American tour. The tour of Regent’s Park Open Air Theatre’s JESUS CHRIST SUPERSTAR will resume performances at the Keller Auditorium in Portland, OR on September 28, 2021 and will continue to play over 25 cities during the 2021/2022 season, including a highly-anticipated engagement at the Providence Performing Arts Center (PPAC)  in Providence, RI January 25 – 30, 2022.

Aaron LaVigne returns to his role as Jesus, joined by the return of James T. Justis as Judas and Jenna Rubaii as Mary. The tour also welcomes back Alvin Crawford as Caiphas, Tommy Sherlock as Pilate, and  Tyce Green as Annas. Christian A. Guerrero joins the cast as standby for Jesus and Judas.

“After 566 days of shutdown, we are thrilled to bring this cast back to stages across North America, especially in conjunction with the 50th Anniversary release of the iconic Brown Album later this month.” said producer Stephen Gabriel of Work Light Productions.

Tickets for the Providence engagement of JESUS CHRIST SUPERSTAR are on sale now at the PPAC Box Office (220 Weybosset Street, Providence, RI 02903), online at ppacri.org, and by phone at 401.421.ARTS (2787). Tickets are $41 - $99; all ticket prices include a $3 per ticket restoration charge and are subject to change without notice.

The previously announced engagement of JESUS CHRIST SUPERSTAR was originally part of the 2019/2020 Taco/The White Family Foundation Broadway Series. The PPAC Box Office will issue NEW tickets for the corresponding performance dates and seats to current ticket holders this fall.

JESUS CHRIST SUPERSTAR is set against the backdrop of an extraordinary series of events during the final weeks in the life of Jesus Christ, as seen through the eyes of Judas. Reflecting the rock roots that defined a generation, the legendary score includes ‘I Don’t Know How to Love Him’, ‘Gethsemane’ and ‘Superstar’.

JESUS CHRIST SUPERSTAR is a proven musical phenomenon with a world-wide fan base. As demonstrated by NBC’s Jesus Christ Superstar Live in Concert, this epic work attracted over 9.6 million viewers, earned the highest ratings in its time period, and received the highest critical ranking of any live musical event on network TV. On September 17th, 2021 a variety of special edition Jesus Christ Superstar albums, remastered at Abbey Road, will be released. These special anniversary editions are a celebration of the original 1970 double concept album and its continued success spanning an incredible 50 years.

The North American tour of JESUS CHRIST SUPERSTAR is produced by Stephen Gabriel and Work Light   Productions and will have traveled to more than 50 cities during its three-year run. The original production was produced by London’s Regent’s Park Open Air Theatre.

For additional information about this production, please visit ustour.JesusChristSuperstar.com

All patrons, regardless of vaccination status, must always wear a mask over their nose and mouth while inside the venue (unless actively eating or drinking).

PPAC is a GBAC STAR™ accredited performing arts venue. There are no capacity restrictions; all event staff is fully vaccinated against COVID-19.

Located in the heart of Providence’s arts and entertainment district, PPAC is the second largest theatre of its kind in the country. The Loew’s Theatre Building, which is the historic home of PPAC, opened in October 1928 and has been applauded for its beauty and grandeur. PPAC is listed on the National Register of Historic Places and has been ranked by Pollstar as one of the Top Venues in the world. PPAC is managed by Professional Facilities Management and is the home of their corporate office.